Thassos is one of the islands of the Northeastern Aegean Sea and has been inhabited since ancient times. The first people to inhabit the island came from Paros, which, as is well known, is located much further south in the Aegean Sea. It is an attractive place with beautiful sandy beaches and traditional villages with incredible mountainous terrain. According to myth, Thassos was the island of the Sirens, you know, those evil women with a fish tail.

Thassos, the capital (now unofficially known as Limenas, or “the port”), is located on the northern side of the island and had two ports. Archilochus described Thassos as “the backbone of the don-key crowned with wild wood” and the description still fits today on the mountainous island with its forests of fir and pine.

Apart from the gold mines, wine, nuts and marble of Thassos were known in ancient times. Thasian wine (a light wine with a characteristic apple aroma) was, indeed, famous to the point where all Thasian coins bore the head of the wine god Dionysus on one side and bunches of grapes on the other.

Today, Thassos is part of the prefecture of Kavala and is the southernmost and easternmost point of the prefecture. According to the reform of local government in the late 1990s, the entire island became a single municipality.

The city of Thassos has been inhabited since antiquity until today and at its peak it had 8 to 10 thousand inhabitants. The first settlers arrived from the island of Paros and the testimonies of this rich cultural heritage are scattered in archeological museums and private collections all over the world but also in the archeological museum of the city. It has 18 rooms and 1700 ancient exhibits including the iconic Kouros which is 3.5 meters high. Next to the archeological museum and with an area of about 8 acres is the ancient market that came to light from the hoe of the French Ar-chaeological School in the middle of the last century.French Archaeological School in the middle of the last century. During the heyday of the island, it was the administrative and religious center of the city of Thassos with scattered small temples, altars and sanctuaries such as that of Theagenis, son of Hercules. The city of Thassos was surrounded by marble walls which had passages or gates such as that of Seilinos which is adorned by a 2 meter high relief, of Hercules and others. Finally, in a natural cavity below the acropolis of the Ancient City of Thassos is the Ancient Theater dating from the 4th BC. century. 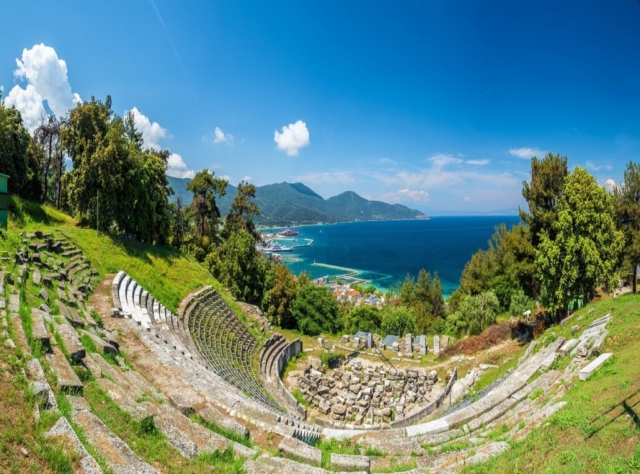 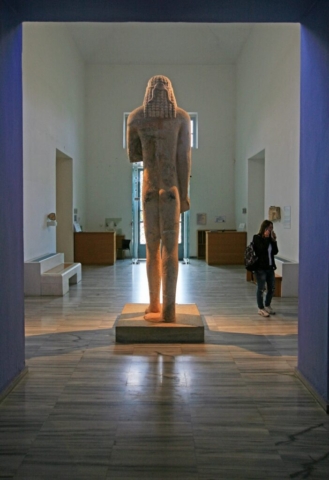 The beaches of Thassos are usually nice sandy beaches with crystal clear waters. One of the characteristics of the beaches in Thassos is that they are surrounded by some of the most beautiful scenery. Many of the beaches have amenities such as sunbeds, umbrellas, tavernas and bars.

The nightlife of Thassos has a multi-ethnic flavour due to the tourists. Thassos is a very popular destination among Greeks and visitors from other European countries. This is combined with the fact that Thassos has many typical venues such as music bars, restaurants and others that often offer live music or dance performances.

These places where music and dance events take place are a favourite with visitors, especially during the peak summer season. Limenas, the capital of Thassos, has fast food outlets and some first class tavernas offering authentic Greek cuisine around the harbour. The restaurants serve for-eign tourists with a variety of dishes. Seafood is the most popular choice for visitors to the island, but meat is not lacking especially in the mountain villages. 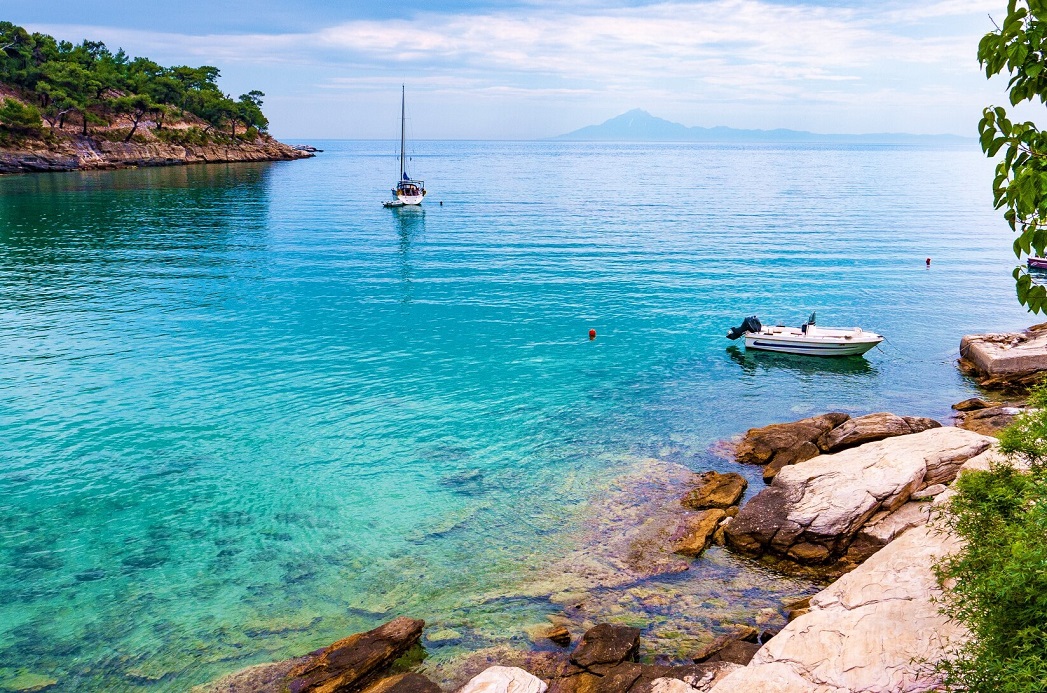 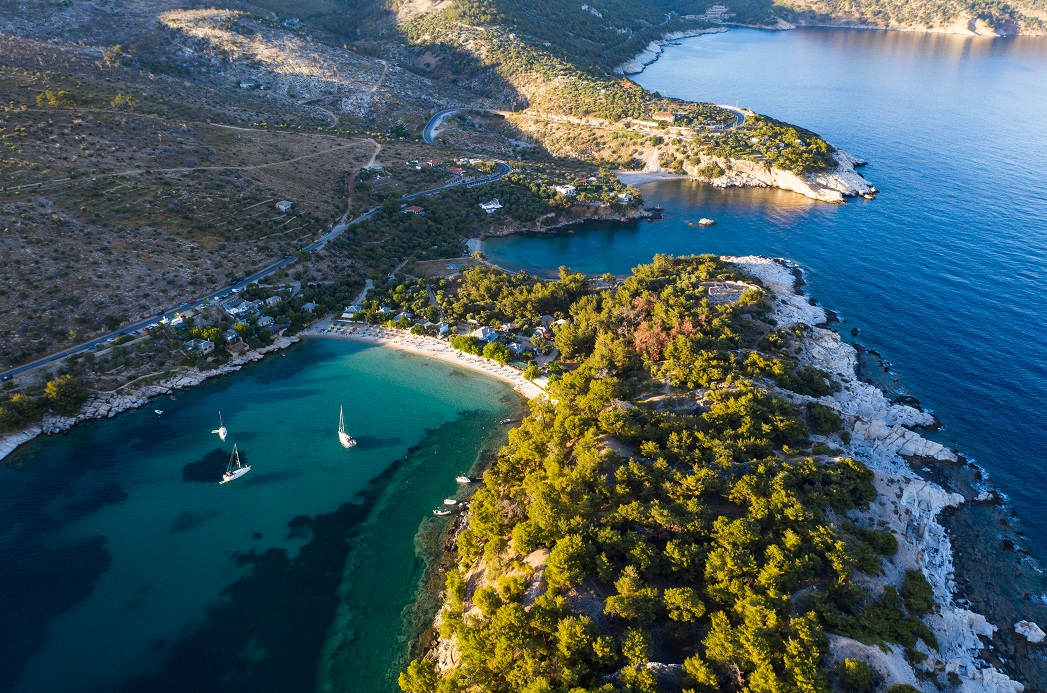 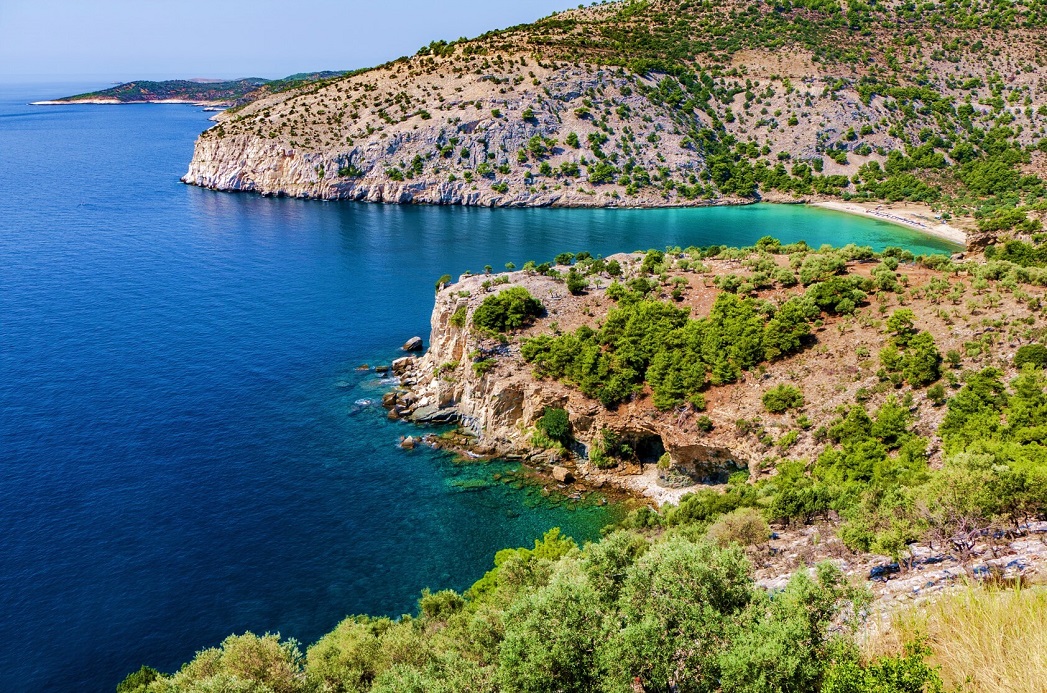 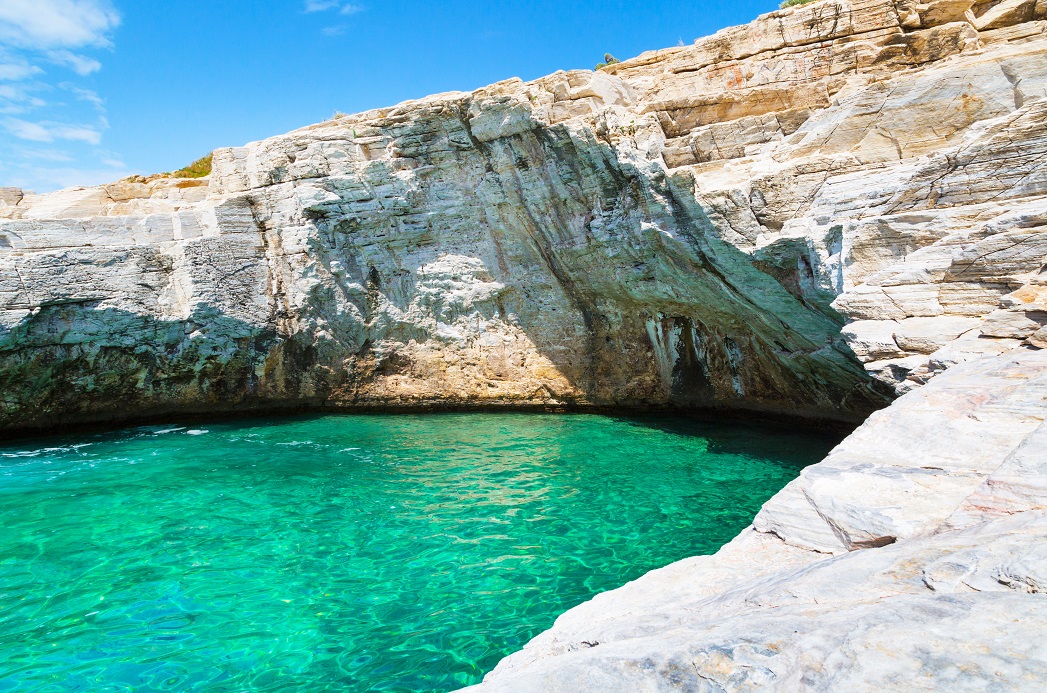 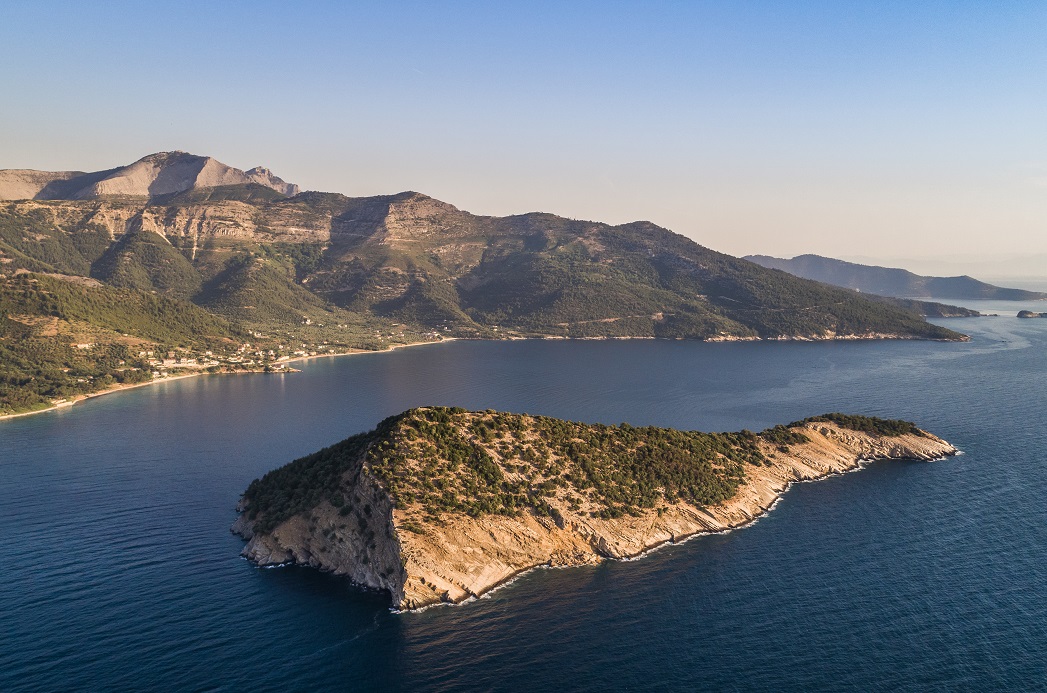 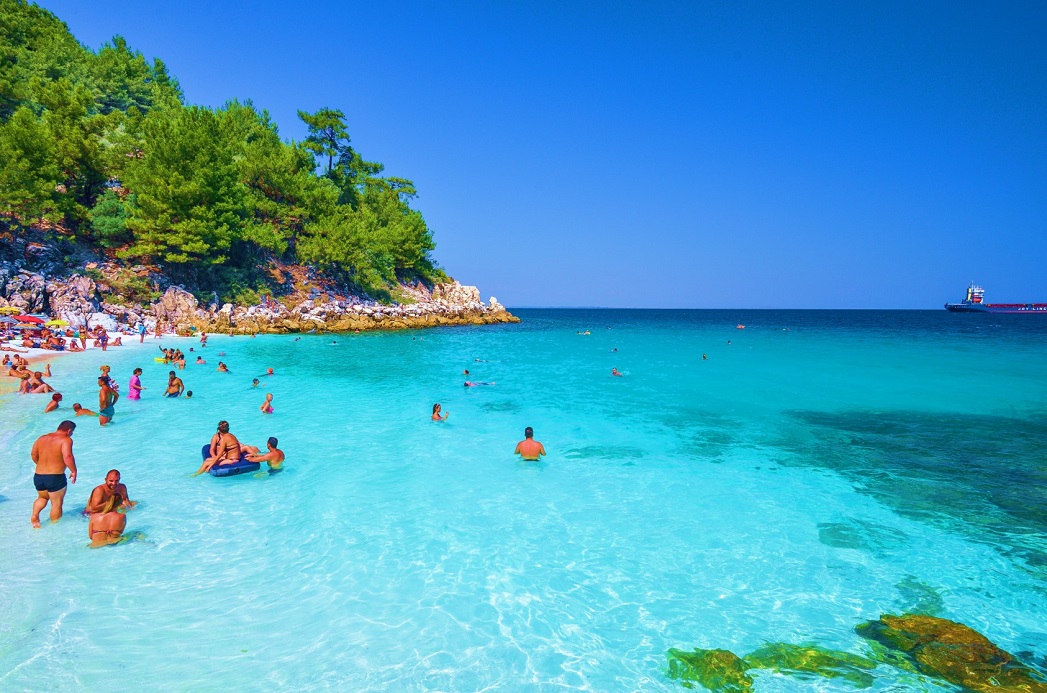 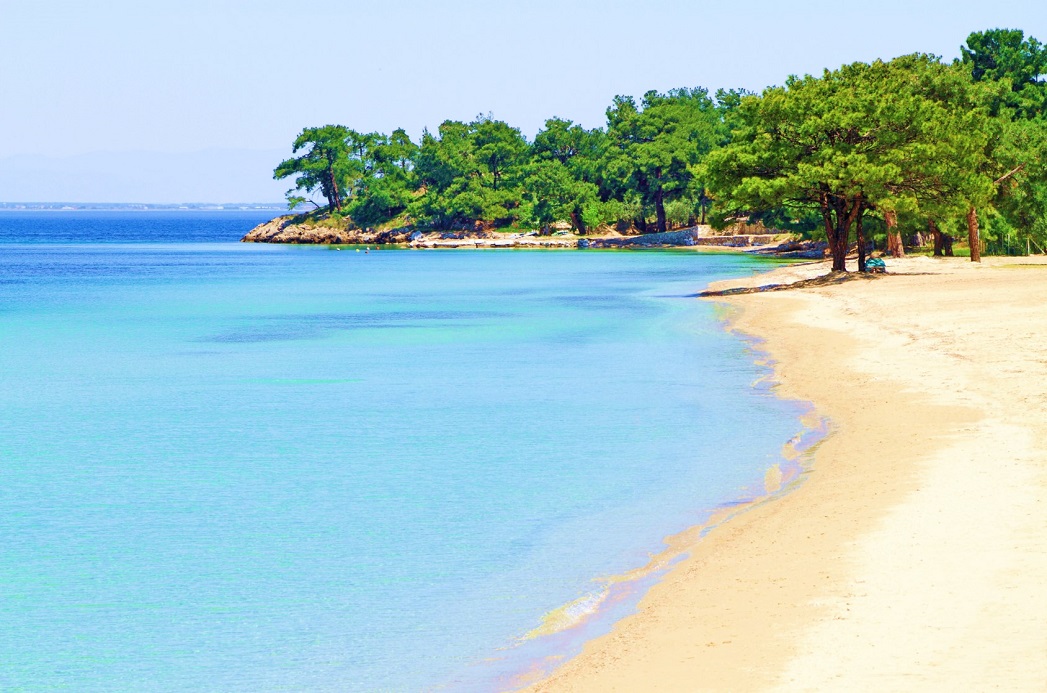 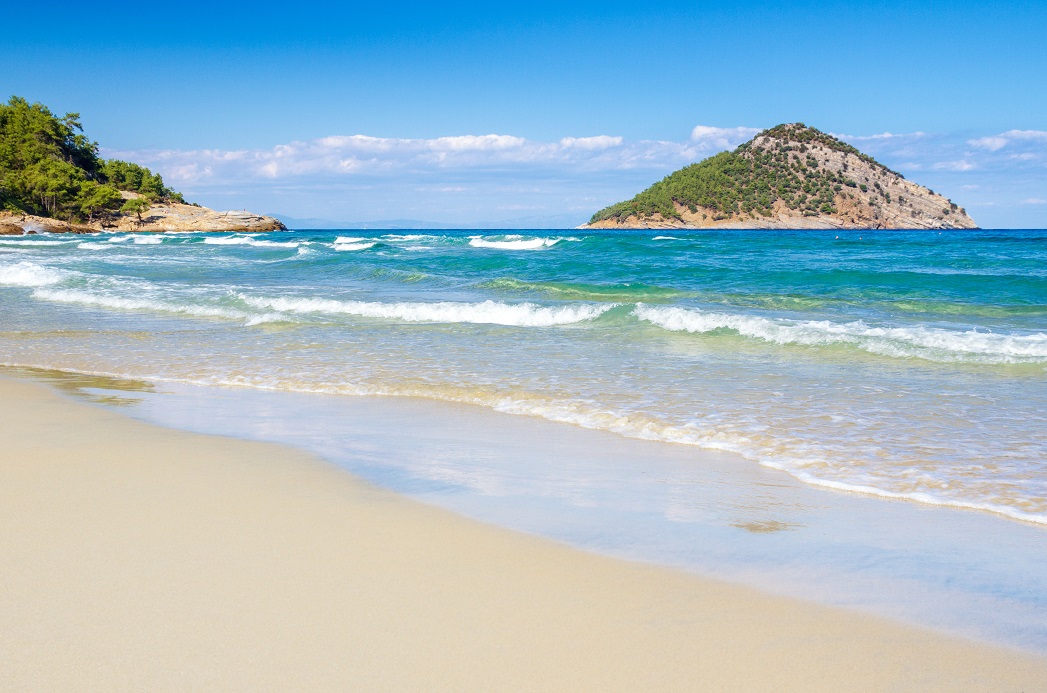 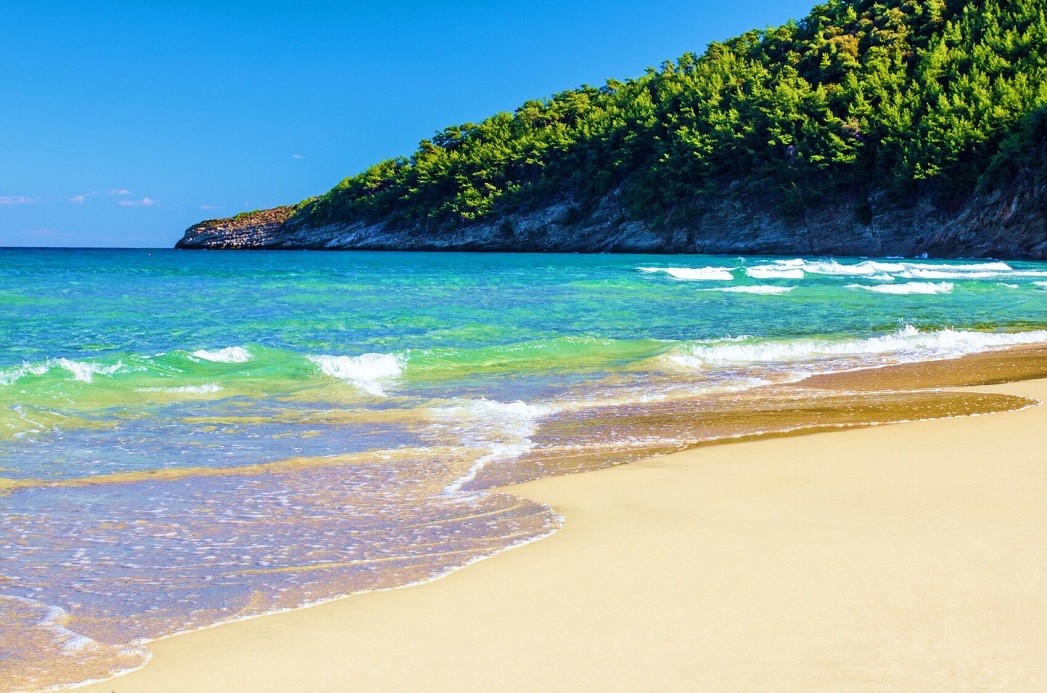 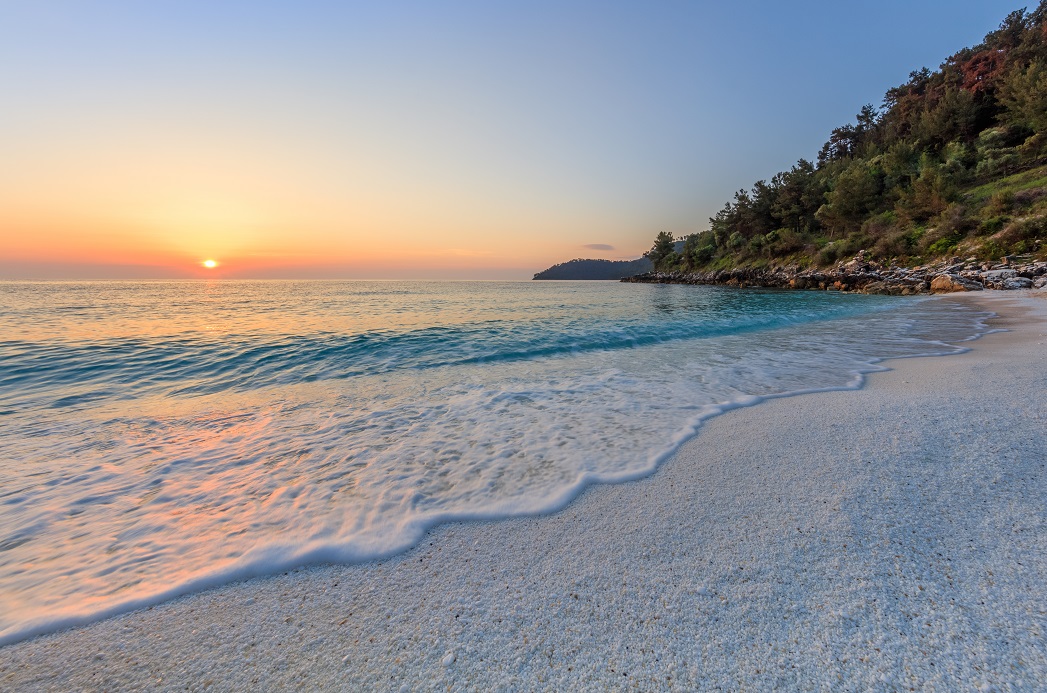 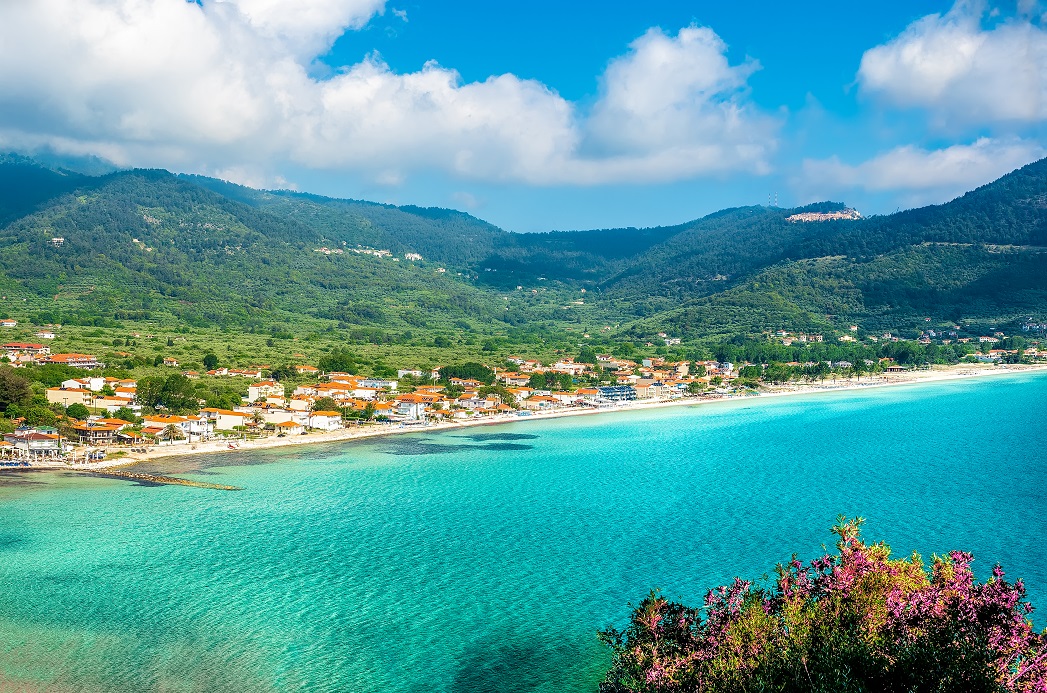 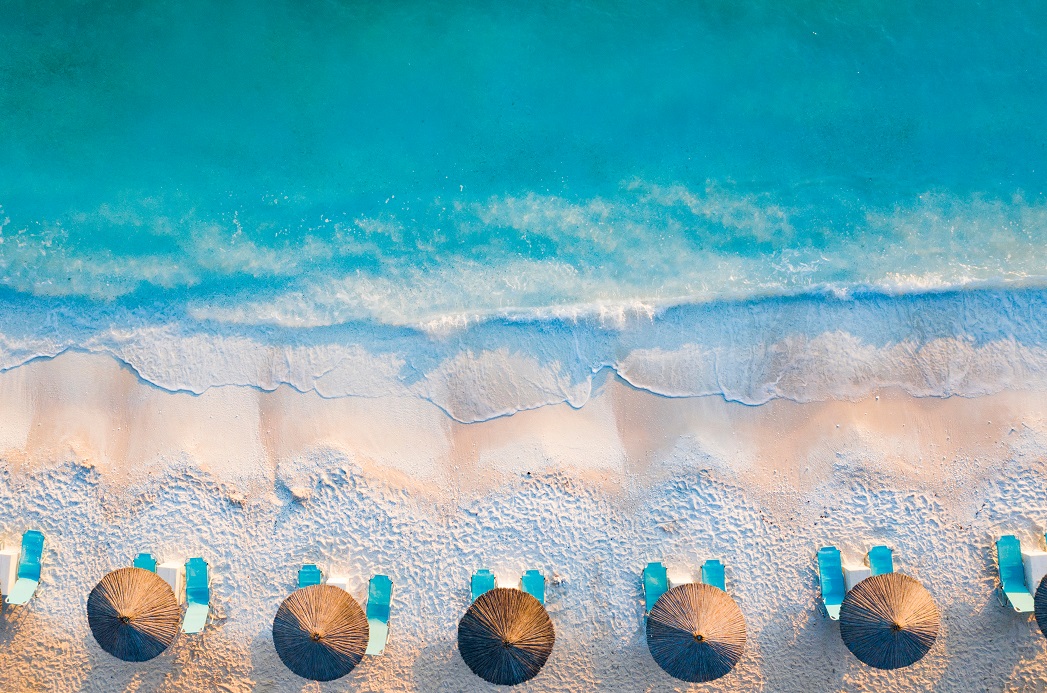 Theologos is a traditional settlement, with paved narrow streets and an old stone bridge which pro-vides access to the Astris area.

The mountainous village of Theologos is located in southern Thassos, 50 km from Limenas and at an altitude of 220 m. The first written evidence supporting the existence of the settlement dates back to 1287. Every summer the traditional Thassian wedding is re-enacted, thus preserving its tradition and culture. The village is known for its meat, especially for its popular spit-roasted goat.

It is a typical fishing village, built by the sea, 30 km from the capital of the island. It is an attraction for many visitors. It is located in a quiet location, ideal for enjoying nature and hiking.

It is sur-rounded by rocky slopes covered with dense vegetation and turquoise waters. There are several fish taverns in the area. It is one of the best places to relax from the noisy crowds.